Italian Renaissance refers to the cultural movement that started in the 14th century in the city-state of Florence from where it soon spread to the rest of Italy. It marked the beginning of the so-called European Renaissance, a pan-European cultural movement characterized by a radical break with the Medieval ideas and ideals, and renewed interest in Classical Antiquity. Italian Renaissance lasted until the 17th century and led to creation of some of the greatest masterpieces in history of art.

Michelangelo, The Creation of Adam

The Creation of Adam is one of the ceiling frescoes or wall paintings in the Sistine Chapel, Vatican, which was painted by Michelangelo between 1508 and 1512. Commissioned by Pope Julius II, the ceiling painting is a part of a larger fresco decoration in the papal chapel created by Michelangelo as well as other prominent Renaissance painters. On the left of Michelangelo’s most famous Sistine Chapel wall painting is Adam and on the right is God reaching out to Adam to give him life. The woman under God’s arm is thought to be Eve but it has also been hypothesized that it could be Virgin Mary. In this case, the child next to her is Child Jesus.

Titian, Assumption of the Virgin 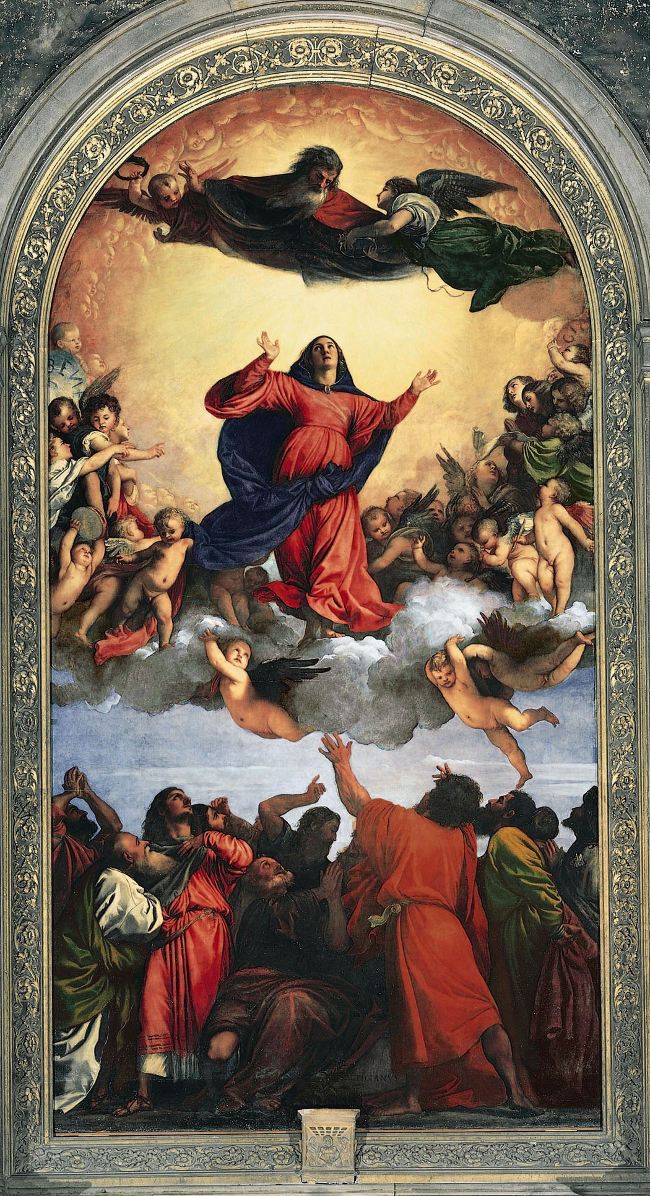 The Assumption of the Virgin by Titian is a 690 cm x 360 cm (270 in x 140 in) altarpiece panel painting, which makes it the largest altarpiece in Venice. Adorning the high altar of the Basilica di Santa Maria Gloriosa Dei Frari in Venice, Italy, the painting is divided into three zones. The central zone depicts the moment of Mary’s bodily uptake into Heaven above where is God the Father about to take a crown from the angel in the right. Below we can see the twelve apostles whose dramatic reaction to the sight of Mary’s raising to heaven was a major break with the traditional depiction of Biblical figures.

Sandro Botticelli, The Birth of Venus 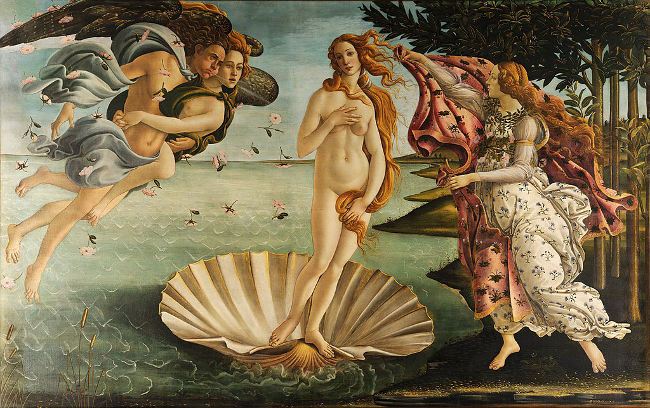 The Birth of Venus is a mid-1480s Sandro Botticelli’s masterpiece which depicts the Roman goddess Venus after being born fully-grown from the sea foam. On the left are wind gods blowing Venus to the shore on a giant shell and on the right is a nymph (or according to some sources a handmaid Ora) who is holding a cloth to cover her naked body. Today a part of the art collection of the Uffizi Gallery in Florence, Italy, the Birth of Venus is thought to have been commissioned by the Medici family of Florence but the earliest written record of the Medici’s ownership of the painting dates only from the mid-16th century. 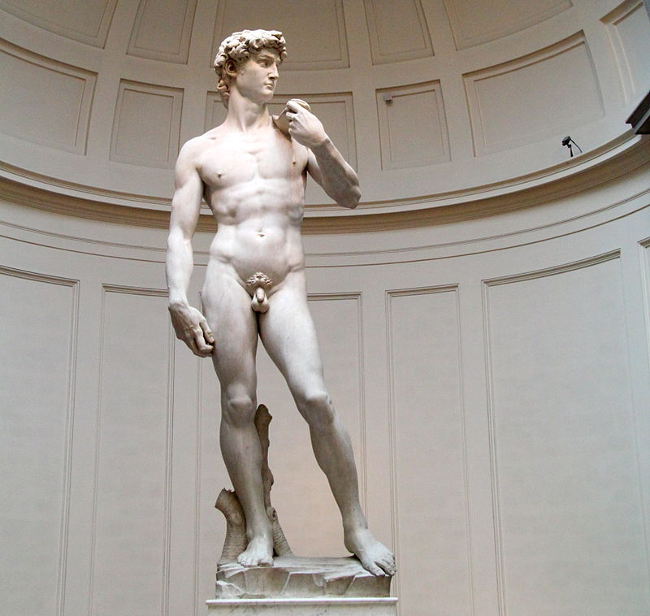 The celebrated Italian Renaissance artist created one of his greatest masterpieces between 1501 and 1504. The 14 foot marble statue representing the Biblical David was supposed to stand on the roofline of the Florence Cathedral. But instead, it was placed outside the Palazzo Vecchio in the Piazza della Signoria. In 1873, Michelangelo’s David was moved to the Accademia Gallery, Florence, where it remains to this day. Since 1910, the original site outside the Palazzo Vecchio has been occupied by a full-sized replica. 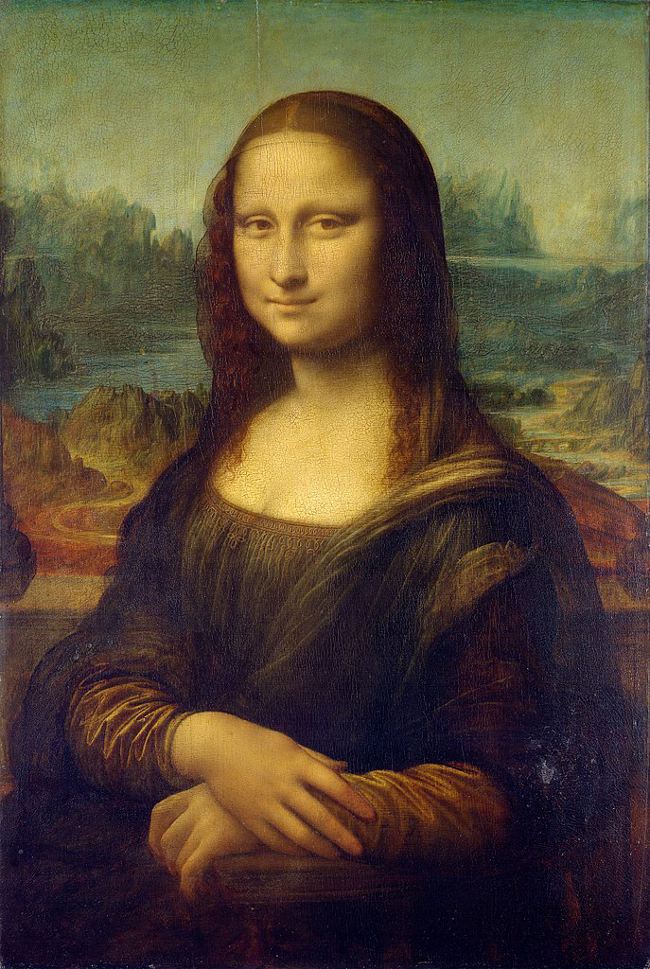 Probably the most famous painting of all time, Mona Lisa was painted by Leonardo da Vinci between 1503 and 1506 but it is thought that the renowned polymath worked on it up until 1517. The painting is believed to be a portrait of Lisa del Giocondo but the identity of “Mona Lisa” continues to be a matter of debate, just like her enigmatic smile. In 1518, the painting was bought by Francis I of France, probably from da Vinci’s pupil and assistant Salaì. It remained in possession of the French royal family until the French Revolution when it was nationalized and put on display in the Louvre. 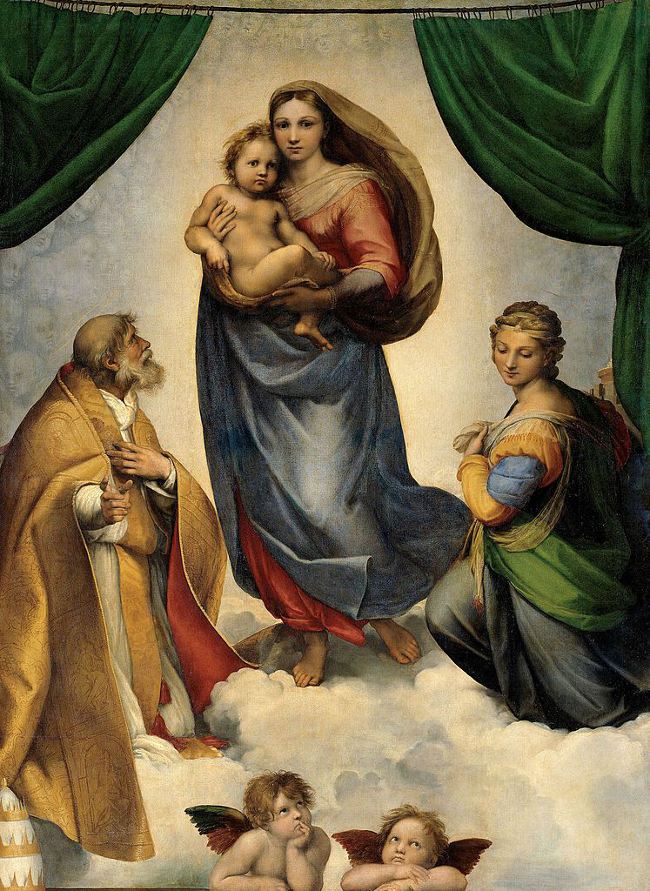 Probably the most famous Raphael’s painting after The School of Athens, the Sistine Madonna was originally created as an altarpiece for the church of San Sisto in Piacenza, Italy. Painted in 1512 on commission of Pope Julius II, the masterpiece was in the mid-18th century bought by King Augustus III of Poland. He relocated it to Dresden, Germany, where it achieved a status of an almost religious icon. After World War II, the Red Army took it to Moscow but the painting was returned to Germany after Stalin’s death in 1955. Ever since, the Sistine Madonna has been displayed at the Gemäldegalerie Alte Meister in Dresden. 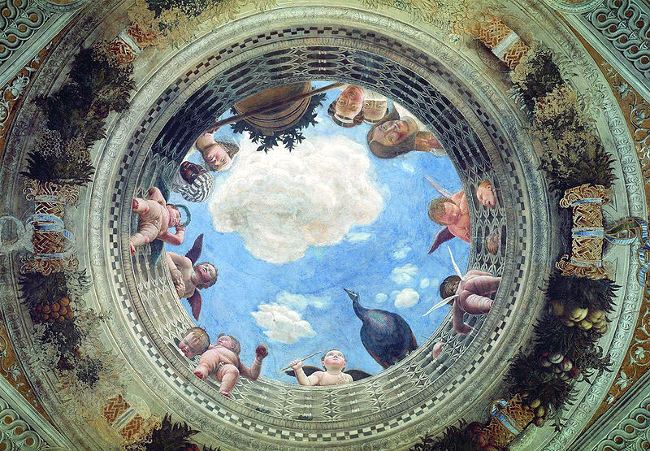 Andrea Mantegna’s best known work, the Ceiling Frescoes in the Camera degli Sposi in the Ducal Palace in the Italian city of Manova, was created between 1465 and 1474. Commissioned by Ludovico III Gonzaga, Marquis of Mantua, the Ceiling Frescoes are most famous for the illusionistic oculus which appears as it were open to the sky. It is painted by use of the so-called di sotto in su which literally translates into “from below to above” because the utilized techniques - most notably foreshortened figures - create an illusion of a perspective of a viewer from below. 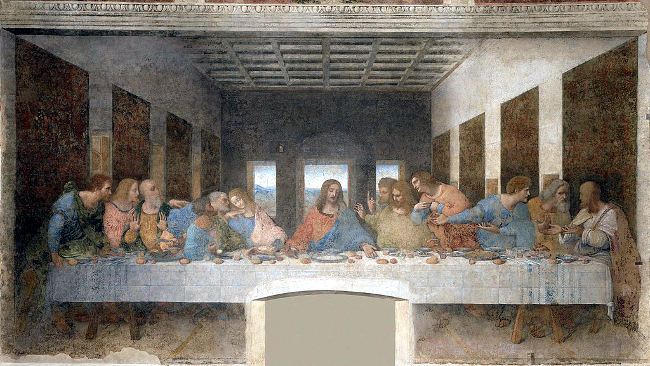 Leonardo da Vinci’s Last Supper is a mural (wall painting) located in the Convent of Santa Maria delle Gracie in Milan, Italy. Probably created from 1495 to 1496-98, the painting depicts Jesus and the Twelve Disciples during the Last Supper when Jesus tells his most devoted followers that one of them is going to betray him. Unfortunately, very little survives from the original da Vinci’s work. One of the most famous paintings in history - also due to speculations about hidden meanings/messages - suffered heavy damage over the centuries. Its today’s appearance is a result of numerous extensive, including some very controversial restorations. 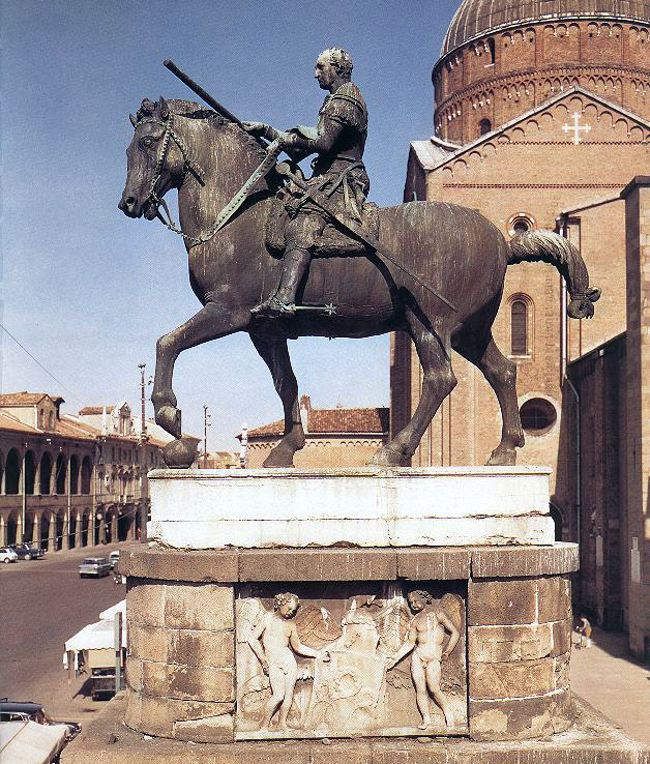 The Equestrian Statue of Gattamelata is a life-size bronze statue of the Italian condottiero (mercenary leader) Erasmo da Narni (1370-1443), also known as Gattamelata. Created by Donatello in 1453, the equestrian statue is the earliest known Renaissance statue of this type and the first to revive the Classical depiction of might and power. Commissioned after the condottiero’s death by the Republic of Venice to express gratitude for his military services, Donatello’s Gattamelata immediately set the standard for statues/sculptures dedicated to military heroes. 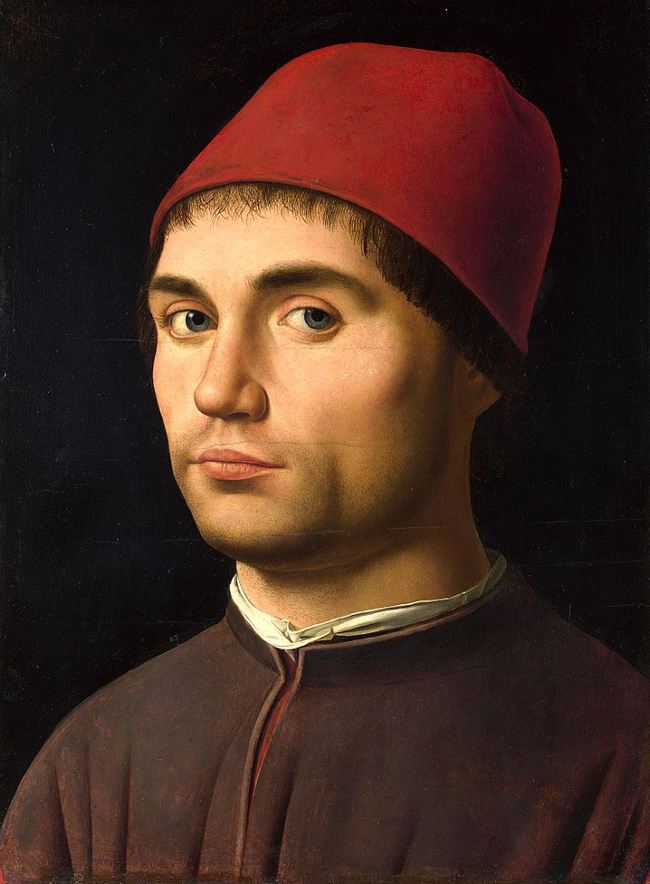 The Portrait of a Man is one of most admired and one of the last works of the Sicilian Renaissance artist Antonello da Messina. Breaking with the usual portrait painting of the time and depicting an unknown man from three-quarters, da Messina also departed from the ‘“standards” by including a dark background. The latter is one of the main characteristics of the Early Netherlandish painting, which was introduced to the art of the Italian Peninsula by the very artist. Probably created around 1475-76, the Portrait of a Man wearing a red beret is housed in the National Gallery in London, UK.